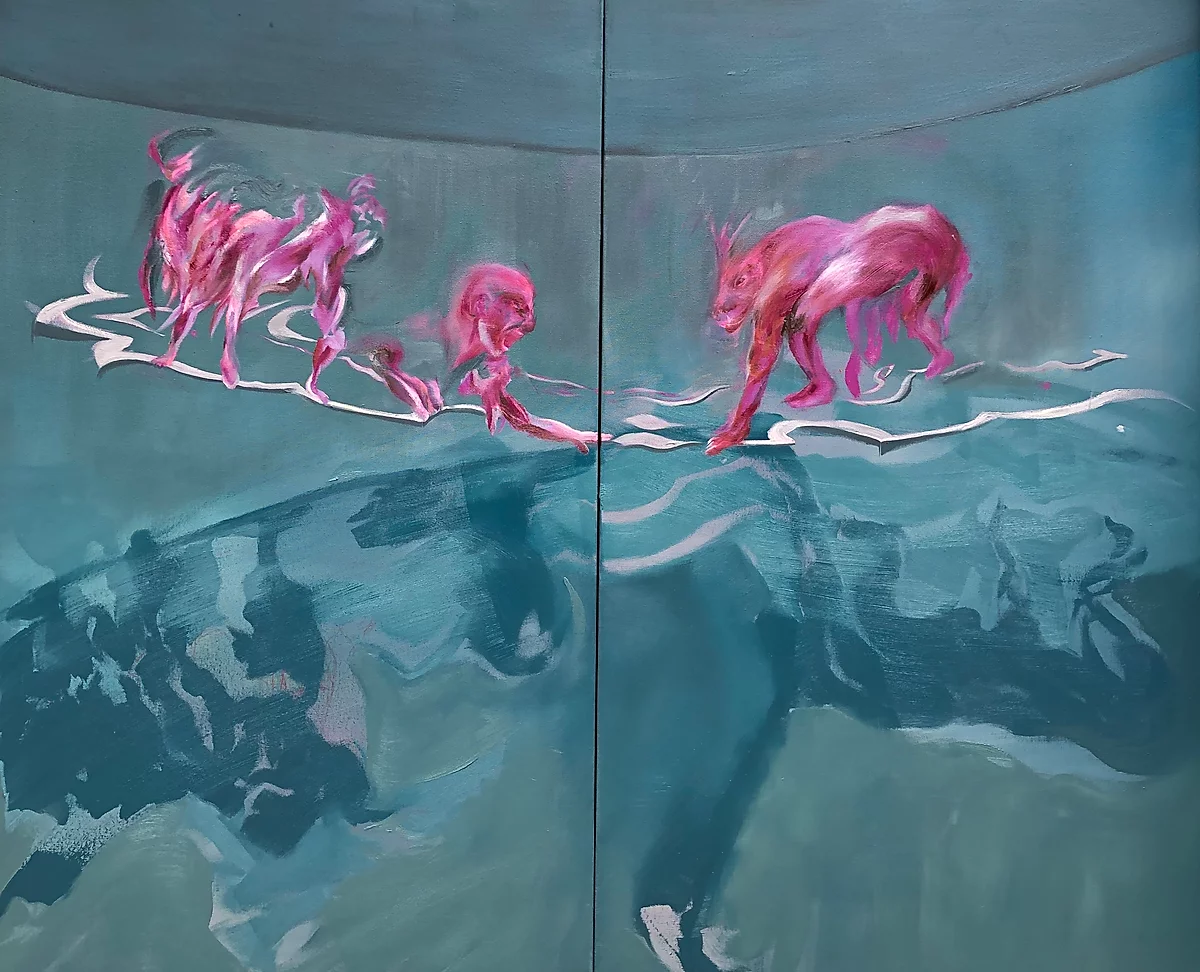 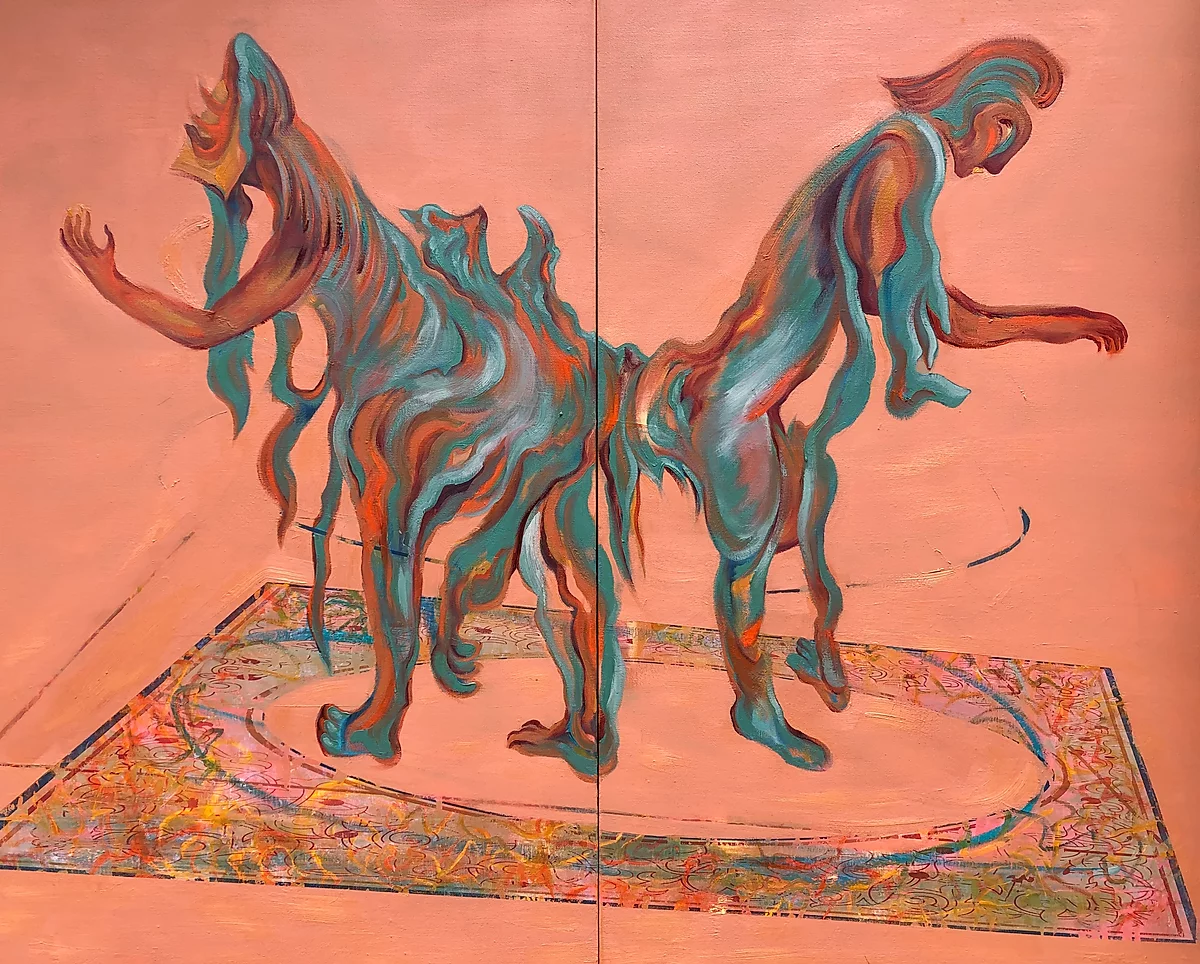 My practice uses costume making, performance, digital collages and oil painting. A costume with a combination of extrusion of objects which resemble flesh and organs can create new forms and another space for a diverse aesthetic of a projected body. The costumes I wear are ones I have created, they inspired the performance, as the outfits improve and change, so does my work. For instance, the image of the double figures, like ‘beyond left & right,’ suggests the sense of two very separate forces relentlessly attached together and harshly wanting to separate, which is the result of collaboration and chance between my performance and panoramic gadget.

By wearing a costume, I enact a ritual dance/performance which I then record on my iPhone using a panoramic view in order to create non-prescribed movements and enable chance encounters. The digital world usually surprises me, how my motion becomes significant or almost metamorphic in shape through the use of digital gadgets; for example, ‘the contention’.

The digital collages in Photoshop use these transcriptions of segments of the panoramic scene which are edited into imageries later becoming references for the oil paintings and transfer images. The transfer image reduces the visual sharpness of the photograph and the deformity created by these layers is a metaphor for liquidation. It enables the fragmentation of the image to mimic artefacts from past civilisations.

And also besides this process, I paint by using my drawing/sketches as a reference like ‘halted’ and ‘please don’t leave me’; after drawing on a canvas, I fill the forms out with colours. I wanted to have a romantic, intensely colourful palate. The affection that colours create between the work and the viewer slowly leads the eyes towards forms and moves the eyes from one form to another inside the abstracted composition.

I use these processes in order to find a strong analogy within each image’s essence. In this way, I create a conversation between the materials, my studio space, and my body.